From the UK to the Isle of Man 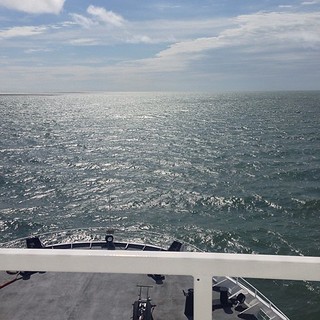 Almost on this day exactly a year ago a magazine landed on the doormat which changed everything. The Journal of Perioperative Practice’s back cover had an advert for jobs in the Isle of Man. Victoria said jokingly one evening, “We should move to the Isle of Man”. That’s how it started.

And now we’re here. Victoria’s working at Noble’s Hospital, Dylan’s in school (and loving it!) and I’ve incorporated a new software company on the island.

On the 4th of May we sailed from the UK to the Island – we sold our house, packed our things and headed off, two cars in convoy, all our belongings (and three cats) in the boot as the rest of our stuff (that we hadn’t sold, donated or moved on) was already on the island from removals.

Seven months later and we’re loving it. There’s quite a lot more to say, and I haven’t blogged in such a long time I thought it would be a good idea to at least mark the anniversary of the “Isle of Man” idea and commemorate the crazy rollercoaster of a journey that we’ve gone through as a family over the past twelve months.

I will be blogging more about life on the Isle of Man. Watch this space.