This was a surprise; after having my first magazine-published astro photograph in BBC Sky at Night magazine in February 2012, I’ve had this one published in April 2012. It was a real surprise seeing this land on my doormat over the weekend! 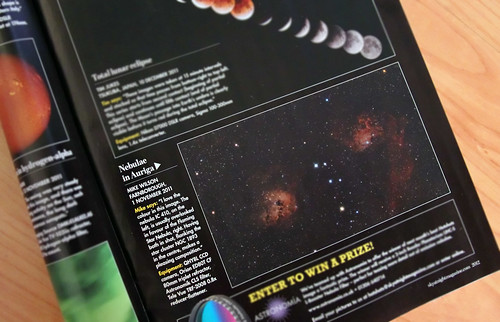 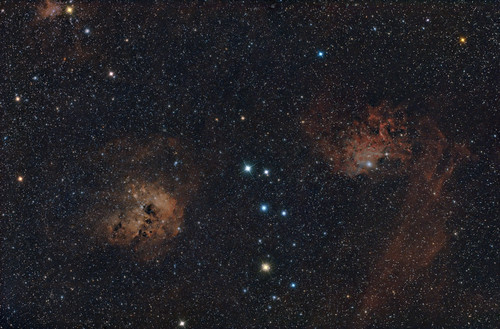 Congratulations to everyone who has had their image published this month. There are a couple of fantastic Aurorae Borealis (Northern Lights) images – I’m hoping to get out some point later this year, somewhere further north to see the lights for myself.

The sun goes through a cycle of activity and this year we’re reaching a period of maximum solar activity. This means lots of mass ejections from the sun and these ejected particles are responsible for the northern lights. So if you’re far enough north (Scotland, Norway, Iceland) you stand a good chance of getting a light show this year!

Previous post: The new iPad’s retina display, is it worth it?