When the “best of breed” tools belong to your competitors…

Just five minutes ago, Microsoft published a video on YouTube “SanDiego School Dist v10” in which some children are shown looking studious in front of some Lenovo laptops and a digital whiteboard while spokespeople from the San Diego School District provide the buzzword-laden voiceover. 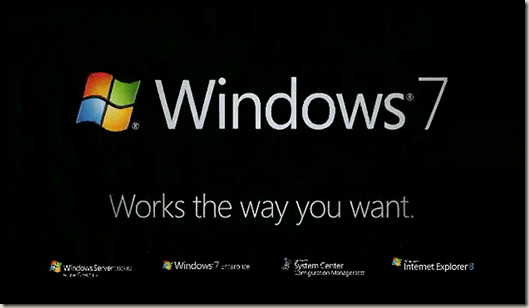 The really amusing thing is that it appears nobody proof-watched the five minute video before uploading it to YouTube and the published video contains a single tell-tale frame which confirms that the video was edited on Final Cut Pro video editing software that is only available on OSX on an Apple Mac!

It seems very interesting then that this advertisement video on the WindowsVideos YouTube channel appears to have been edited using Final Cut Pro on a Mac, despite the availability of comparable PC-based video editing software. 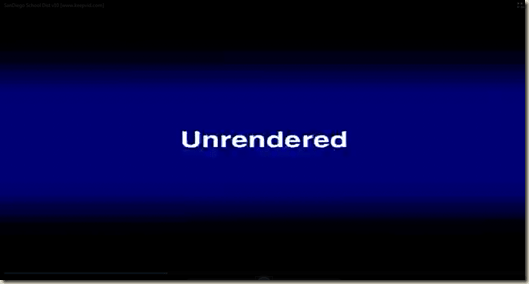 Computers have been in classrooms since I was a child, they’re not new. Except that these laptops seem fiddly. I wonder why Microsoft and its customer didn’t choose to deploy a more tactile tablet-based solution instead. Don’t get me wrong, I love Windows 7 and System Centre Configuration Manager and Active Directory would be nice technologies for the schools but I lose respect for the spokespeople in the videos when I hear silly comments like, “Internet Explorer 8 is probably the best browser out there at the moment, it’s secure and stable. We think that it is probably even more secure than Firefox or Safari”. No evidence or sources was provided for these statements although they probably refer to the research back in November/December 2010 by NSS Labs which showed IE 8 and 9 as far more secure than competing browsers. However the research only tested against known threats (which IE had plugged) and against out of date competitor browser versions. At that moment in time, IE8 had the lead on FireFox 3.6 but it was quickly rebalanced and using this research in today’s marketing where competing browsers have made huge strides in moving the game on (Chrome v.12, not v.6), (FireFox v.4 and not v.3.6) is just plain dishonest.

What was that about “Best of Breed tools?”

Next post: One day, your family may feel twice as heavy and live under murky red skies…

Previous post: The problem with the “Yes to AV” (alternative voting) campaign