One day, your family may feel twice as heavy and live under murky red skies…

At a mere 20 light years away, this red dwarf star has a planet in orbit around it that might be able to support the conditions we currently believe that life requires to survive: 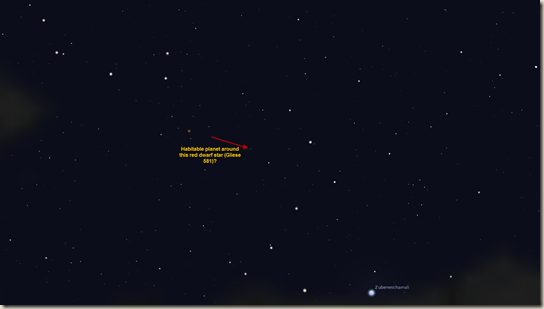 This is a simulated image ‘taken’ now from my garden, looking southeast towards the red dwarf star, Gliese 581. The green smudges on the bottom of the image is my old (since removed) Jasmine bush.

Don’t expect to get there any time soon though as the fastest spacecraft ever built (Voyager 1) is travelling at 10.5 miles per second (630 miles per minute) and would take about 300,000 years to arrive there.

It also means that we are looking at the star as it was just twenty years ago (the light from the star has been travelling towards us for twenty years so that the picture we see is 20 years in the past). This could mean messages could be sent from our planet and this one about once every two decades, but we’d have to wait two decades for a reply. 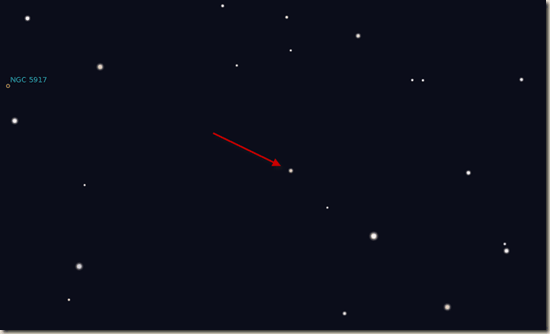 Considering that the first exoplanet (a planet orbiting a main sequence star that isn’t our sun) was found in 1995 and we’re finding more every month (548 planets have been found at the last count), this is a very exciting time to be alive!

In other news; some people think that the world will end with rapture and Judgement Day on the 21st of May.

Previous post: When the “best of breed” tools belong to your competitors…