One of the troubles of attempting to track a star across the night sky is that the tracking runs at a predetermined speed and direction. If you get the alignment even slightly off (we’re talking tiny amounts of error here) you’ll get unwanted star trails. As I have been finding out, one of the tools in the astronomer’s arsenal is the use of a dedicated CCD camera to monitor the relative position of a single star in the sky and send tiny nudges (adjustments) to the mount in order to keep it on target.

Testing this technique tonight I took these two images before the scopes and mount started frosting over with ice. 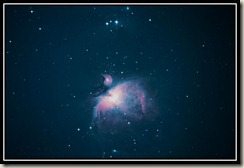 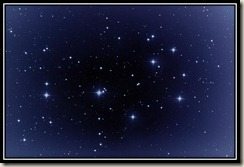 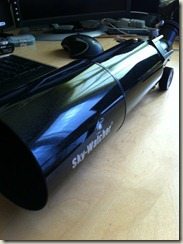 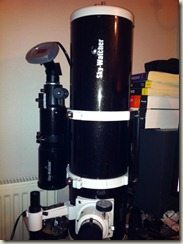 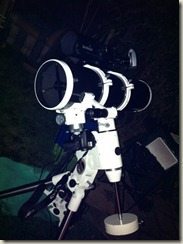 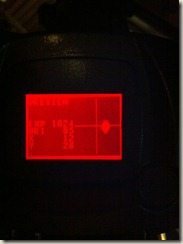 Previous post: A couple of star clusters and a couple of galaxies