A couple of star clusters and a couple of galaxies

Four images that I’ve recently taken through a telescope from my garden. Two star clusters and two galaxies. I’m not particularly happy with any of these images, but I thought it would be a useful exercise to post them to my blog as a sort of marker of my progress made thus far 🙂 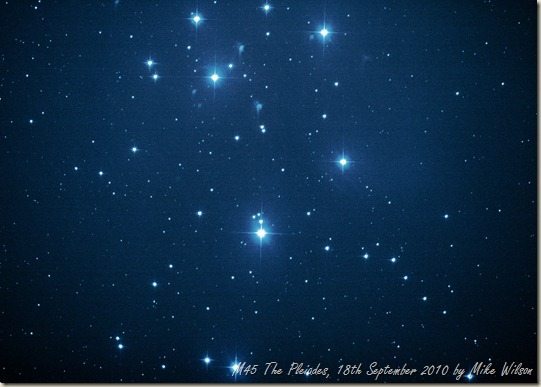 The Pleiades are a group of stars easily visible with your eyes on a dark night. They’re illuminating clouds of dust and gas as they travel through them, giving this image it’s blue hue. The image has quite a bit of noise caused by not subtracting adequate “flat field” images from the data. 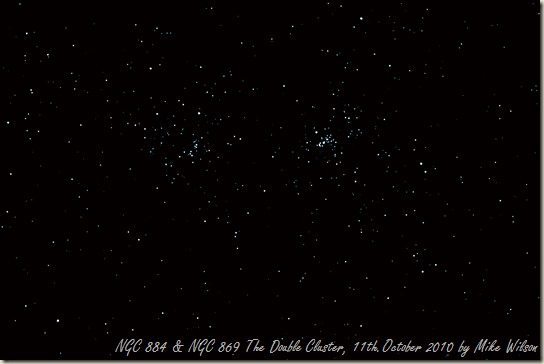 These two clusters of stars are also fairly easy to spot with your eyes under a dark sky. Unlike the Pleiades, you cannot see these from my home town without the aid of a light pollution filter. These star clusters appear blue shifted as they are travelling towards us at 22km/s and 21km/s respectively. The image was taken using 30 second exposures due to low level fast moving cloud and winds. I will try again another night with 60 second exposures. 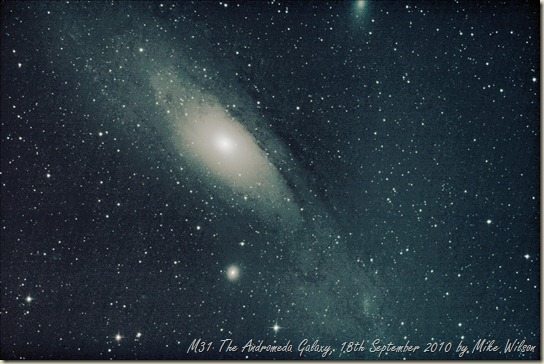 If you want to see something in the night sky with your own eyes that isn’t in our galaxy, this is it. The Andromeda Galaxy is bigger than the Milky Way and rather impressively it is approximately the visual diameter of five or six moons. With a pair of binoculars you can just make out the cigar shape. This galaxy is hurtling towards our galaxy at between 100 to 140km/s (that’s around 70 miles per second). Nobody knows what will happen when this occurs. Feel free to comment below! 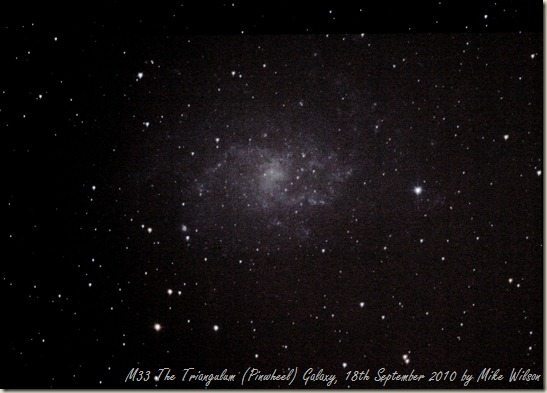 I wasn’t going to show this one as I only took minutes of data. However you can still see the spiral arms of this galaxy. It’s another one of the galaxies in our local group.