Oranges, I love them. They’re so sweet and juicy and full of vitamin C. However not everything that is orange is so welcome. Light pollution (mainly from high pressure sodium lamps) casts an unwelcome orange haze over almost all of our towns and cities, blocking out most of the beauty of the universe and quite literally cutting ourselves off from the cosmos and human history.

For the 150,000 years that humans have lived on this planet, our ancestors have gazed up at the stars, wondering what those faint points of flickering and coloured lights are and what significance they hold on our lives. Nocturnal animals, such as bats, owls, moths and other insects also get disturbed by our light pollution. Even we have been shown to suffer immune and psychological problems from unthoughtful light intruding into our bedrooms at night.

I’m not suggesting that we turn off all our lights (although some councils are experimenting with the idea), but merely to restrict our floody public lighting to areas where it is needed, shining only on the ground. A simple cheap hood fitted to street and road lights would increase the strength of the light on the ground (where it is needed) and largely eliminate the intrusive and wasted light (where it is not).

Observing and imaging from a light polluted town is possible with the use of clever filters which are designed to block out (or only allow through) certain wavelengths of light. Orange streetlamps are typically high pressure sodium lights and they emit light at a very specific set of wavelengths. Modern mercury lights do the same, although at a “bluer” and therefore more broad spectrum. But these rogue and unwanted photons can still be blocked.

I’m going to show you the effects of taking a test image through a DSLR camera, normally, with a standard “Skywatcher” light pollution filter and then with a stricter “Astronomik” CLS-CCD filter which I just acquired today 🙂 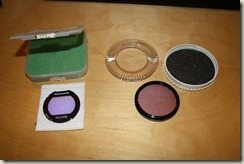 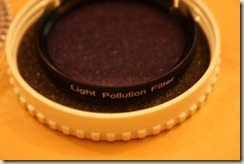 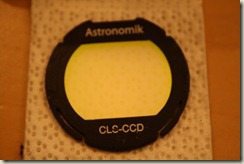 The 2 inch filter screws into the optical system anywhere with 2 inch threads. The Astronomik filter sits in the body of the (Canon EOS) camera itself.

(Non scientific) testing methodology: Take the camera from a fixed (hand held) location with fixed exposure settings and focus and take three photographs. One without any filter, one with the Skywatcher Light Pollution filter (standard filter) and the last with the Astronomik EOS Clip-Filter (CLS-CCD). 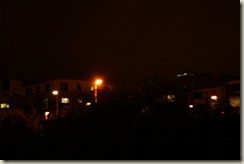 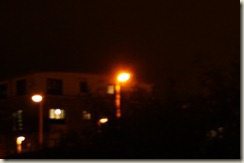 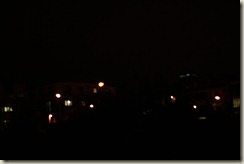 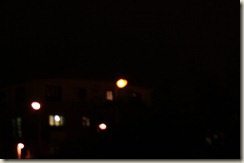 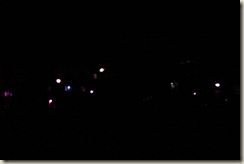 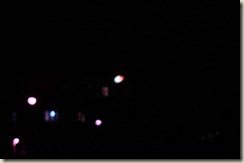 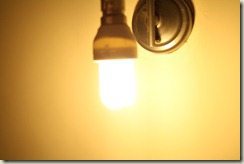 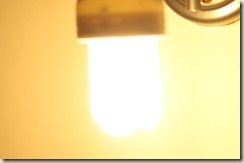 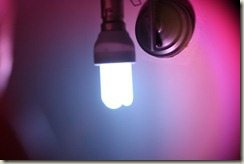 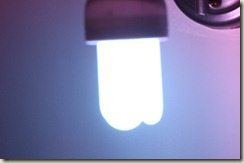 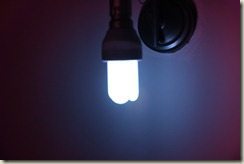 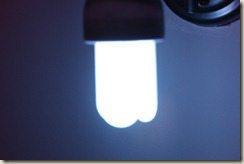 Whereas these shots are taken with very short exposures, astronomical photographs tend to require exposures of at least 30 seconds (more like two to twenty minutes) in order to bring out the detail. Whilst the detail is amplified, so is the background light pollution. It is clear from these tests that, at least for my conditions, the Astronomik CLS-CCD is the most appropriate filter for long-duration astrophotography and it will make image processing that much easier to clean up. I’m not sure I could recommend one for visual observers though as you do lose a significant amount of detail on “broad band” light. Nebula may be enhanced by the CLS filter as it allows the Hydrogen-alpha, doubly ionised oxygen and ionised sulfur wavelengths to pass through, whilst almost totally eliminating the wavelengths from common light pollution sources. The Astronomik CLS-CCD filter is the only filter I’ve tested (and indeed is the only “broad band” filter to my knowledge) that can block out infra red wavelengths – an important part of the spectrum to block as infra red is emitted from stars and can make them look a little bloated on images if it gets through.

Filters open up all kinds of creative imaging opportunities. For example, the famous “Pillars of Creation” image taken by Hubble was not imaged using the visible light spectrum but rather tiny slithers of it. Each slither is then assigned a colour and the composite image jumps out at you more than a natural colour image would (a normal photograph would look mostly washed out in red). 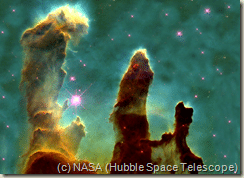 My interest in astronomy was largely sparked when, on a holiday with in-laws to a camp site that had practically no facilities, I was treated to a glorious view of the milky way, coloured stars and the planets. Perhaps one day our government will start switching off unnecessary lights and putting hoods on the necessary ones. It will improve our collective quality of life for humans and non-humans alike and who knows? Perhaps the younger inner-city generation may grow up rediscovering the cosmos for themselves.

Next post: Don’t get caught by the dodgy domain “renewal” trick (it’s legal, but dubious and unethical).