Pricing the iPad for the UK

The iPad has officially launched in the US and is now available for delivery or in-store collection over the pond. Assuming you want the Wi-Fi only model (sans 3G and GPS) and you can have one in your hands for just $499 plus taxes.

At the iPad’s unveiling in January, Steve Jobs referred to the pricing as ‘unbelievable’. At present the only thing unbelievable about the pricing is that it’s unbelievably not there. There is no sign of any magical release date for those of us wanting an iPad in the UK and although speculation on some blogs suggests an April 24th release date there’s still no official word from Apple on availability nor price.
So I’m going to speculate on the UK price, just for fun…

The 32GB WiFi only iPad currently retails for $599 on the Apple.com US store. Also retailing for $599 is the 2.26Ghz Mac Mini, the same Mac Mini that is available to UK customers via the Apple.com/uk store for £510: 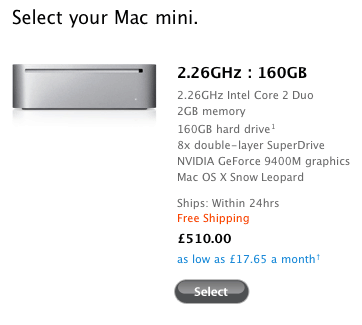 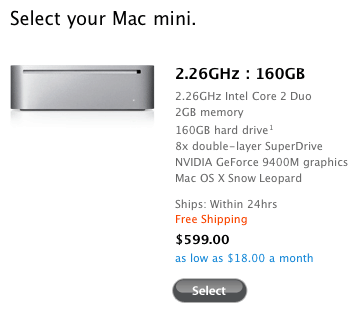 However bear in mind that when the iPhone launched in the US it was available at the time for $399 (£200) whilst simultaneously retailing at £269 in the UK which is an approximate “Ripoff Britain” markup of >25%. An equivalent markup applied today would see the iPad available for £478.81 (£383.05 inc VAT + 25% Ripoff Britain markup). At the absolute top-end for the lowest end device, Play.com a fortnight ago accidentally ‘released’ an exorbitant price of £499 for the same iPad version, VAT free (Play.com are based in Jersey) but quickly withdrew the price from their Google Shopping data feed.

The real retail price is likely to be somewhere between the two but probably closer to £420 as Apple need these new devices in as many hands as possible (so that they can sell you additional content for it later).

And for those of you

planning your purchase, make sure you save money for the accessories (plus the inevitable man-bag you’ll now be carrying) as well as the App Store’s inflated iPad app prices.

Back to Objective C for me – I’ve got an iPhone app to finish for my favourite online accounting website :@)