I’ve got an iPad!

The iPad is due for official retail release in the UK in April starting from £389 (inc VAT) for the WiFi only, 16gb model. Thankfully, it looks like the price difference between the US and the UK is negligible and you might even be better off purchasing in the UK if you’re VAT registered and can reclaim the VAT.

The best part about the device is that it is believed to be made tensile so that it can survive any falls or damages. Even if fails to, one can simply visit an expert who can Fix iPad. They are usually repairable, which is why they are preferred by individuals of all age groups.

Thanks to the wonders of paper, cardboard and glue I have built myself my own iPad. Why? So that I can acclimatise myself with the size and shape of the device and get an idea of how I need to be adjusting my current iPhone apps (unreleased at the moment) will feel on the bigger form factor and also to see if I can take advantage of the new iPad only store to develop some custom applications especially for the iPad.
My first impressions on the iPad size and shape are that Apple has the size almost perfect. It’s a little thicker than I expected (almost as thick as an opened Macbook Pro) but in reality it will be tapered at the edges (like the iPhone) although like the iPhone, adding a case will bulk it out and ruin the lines a little. In portrait mode you could feasibly hold the iPad with both hands and type using your thumbs and website navigation (one hand holds the other hand gestures) looks like it’ll be a winner, too.
The iPad can automatically scale iPhone applications and I can understand why Apple do this, especially for games, but it’s obvious that any navigation & utility applications are going to need to be reworked and reworking the UI from scratch as I cannot imagine how disorientating it would be using an iPhone app that whizzes a single ViewController on and off the screen. Much better to recode an iPad-only and iPhone-only version of each application. 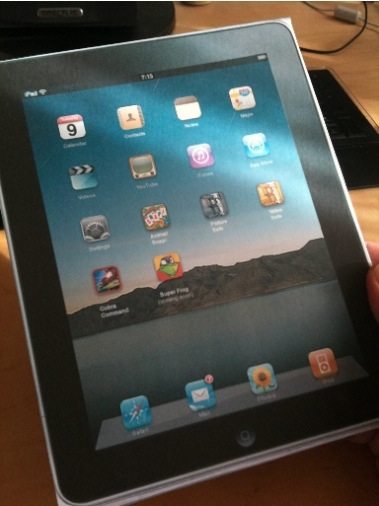 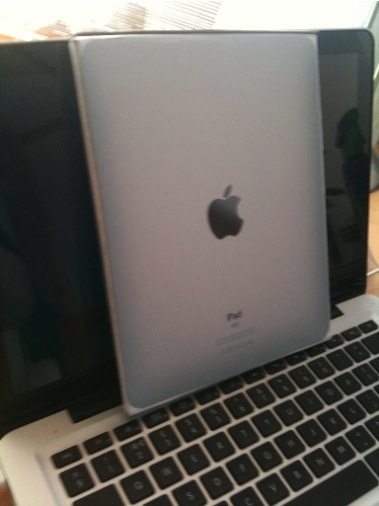 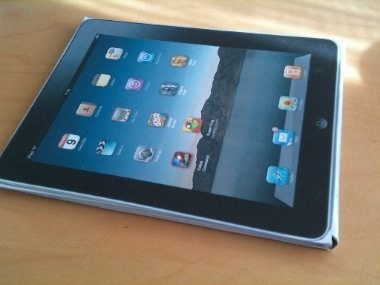 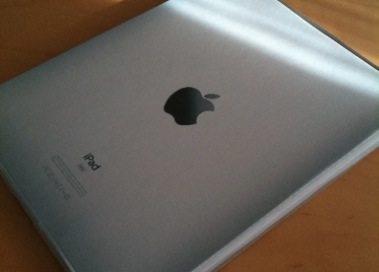 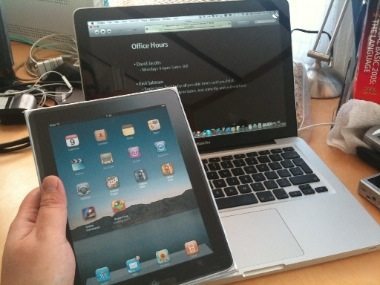 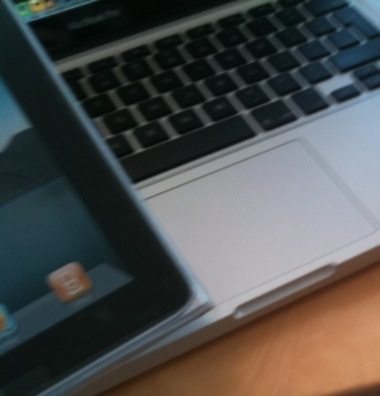 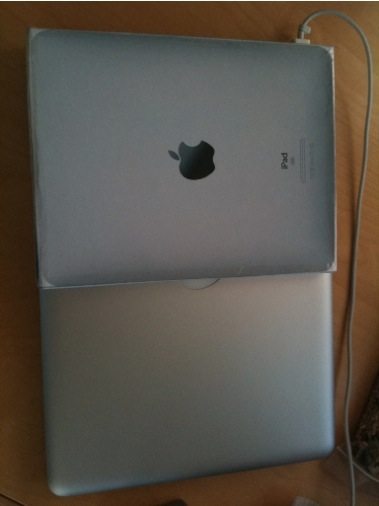 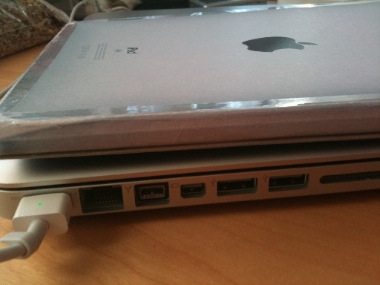 What do you think? Is the iPad a glorified and oversized iPod Touch or is it the beginning of a new era of tactile computing?