Queuing for the first bite of the Apple.

I suppose it had to happen eventually. This morning I finally succumbed to the cult of Mac and having been persuaded by the WWDC conference videos and a certain Apple fanboy friend of mine, I decided to get up bright and early to queue at an O2 store and see if I could get my hands on the new iPhone 3Gs.

Since Friday is a working day, if I was going to queue I had to be first in and first out. After all, I only wanted a pay as you go phone in a box and I wouldn’t be taking more than a couple of minutes in the store once it opened. I set off for Festival Place very early and arrived in an empty shopping centre mall shortly before 7am.

[7:20] Some O2 staff arrived and asked us to move to the middle of the mall as there was potential for a queue to block off the entrance to the neighbouring Vodafone store. We duly move. At least the nice blonde lady from the O2 store said there were enough phones for everyone in the picture… 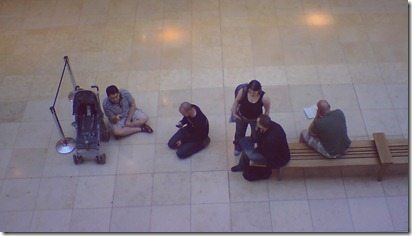 That’s me by the pram (I brought my son for his first iPhone queue), wearing the stripy top and the sandals.

[7:56] Some town centre management staff come and ask the O2 staff to ask us to move our queue back to directly outside the O2 store. We get more barriers put up, presumably to keep the Apple fan boys and girls under control. Last year there was a bit of a problem as the queue for the 2008 “3G” model started at 3am and stretched across the entire shopping level and around the corner… 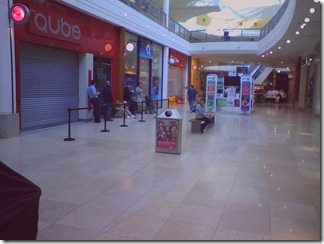 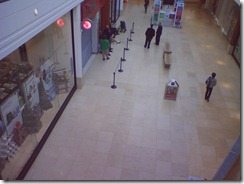 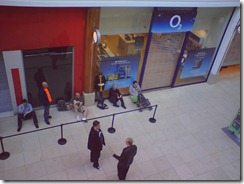 [8:00] The queues is starting to build now. I didn’t have a great view from my position but there were around 15-20 people. 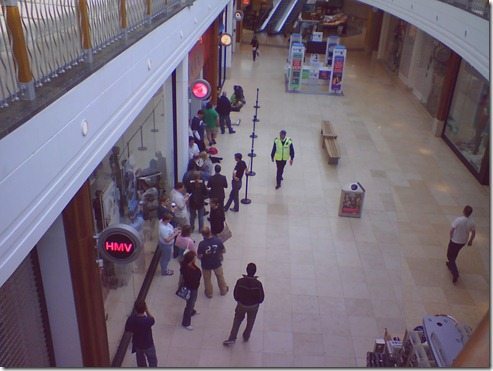 [8:15] One of the guys from the O2 store comes and offers us chocolate. I personally decline and instead ask for coffee and tea for everybody. O2 guy says there’s not enough milk for everyone. And I wanted a black coffee too, sheesh. 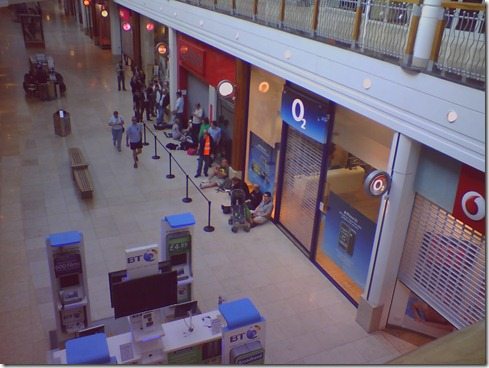 [8:50] The staff appear to be in really good spirits and have a team chat before opening the gates to the horde of hungry Apple fans, perhaps the thought of lots of closing lots of lucrative contracts before lunch will get them through the day.

[9:10] People are joining the queue faster than it could be processed. I took this photo before leaving: 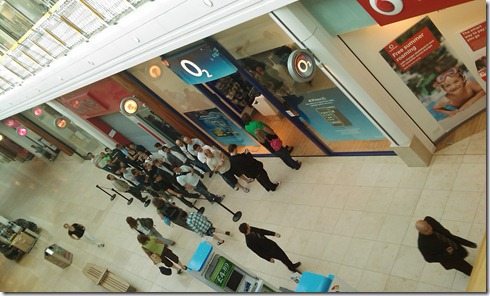 Shortly after I left, I am told that a Basingstoke Gazette reporter arrived on the scene to take people’s pictures and report on the queue. He/she was an hour or two late; no iPhones for the photographer then.

All in all, it was a pleasant experience. I met some interesting people in person and also was discovered by and chatted with another person further back in the queue via twitter 🙂

Previous post: Apple’s WWDC keynote in 2.5 hours. My predictions below :)