Change? Yes we can – spark our biz on cloud 9 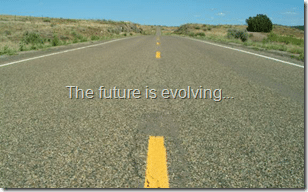 I know it’s been over a month since my last blog post. I’ve been a bit busy. Before I publish any new articles, here’s a quick catch up for the past month.

I’ve been busy working on some (unreleased) updates to Gateway Solver, FSX GE Flight Recorder and Software Monitor as well as fleshing out a new FreeAgent desktop application and putting up a new Joomla-driven company website for Evolved Software Studios. A strong cold / flu ended any chances of my blogging so to help protect my productivity over the winter I picked up a flu shot yesterday from Sainsbury’s. Anyhow, what an incredible month it’s been..  There are a few highlights worth mentioning:

Last month, Amazon announced the introduction of Windows Server 2003 to their “Elastic Cloud” product line-up. Rather incredibly, it’s possible to purchase a virtual slice of Windows Server 2003 Standard edition running 24/7 on the Amazon Cloud for less than $100 a month. That’s not far off what I’m paying at the moment for only one of my single dedicated Software Monitor servers and of course anything hosted on Amazon’s network has the supreme reliability and flexibility of being a cloud application. Cloud hosting is the future – potentially more powerful and flexible than the best dedicated offering and yet innately reliable and cost effective. Upgrades to your share of the cloud power require no downtime and additional “Computer Units” can be added (or removed) at will and there is no limit to storage capacity.

I am seriously considering migrating Software Monitor onto the Amazon cloud in the near future, and certainly before taking any subscription payments for the service.

Last week I signed up with Amazon EC2 (the computer) and Amazon S3 (the data storage service) and the whole process took only a few minutes to get going. Microsoft Azure on the other hand doesn’t appear to be accepting signups at the moment. Assuming Microsoft can offer hosted full Windows Server with terminal services and not just discrete software components they might be a good alternative. Microsoft on the other hand also seem to want a piece of the action with the announcement of their Azure service. I’ve requested a test “token” to get started with them. Until I hear from them my money (and recommendation for cloud computing services) is firmly with Amazon EC2.

Congratulations to President-elect Barack Obama and to all the Americans who participated in the political process by turning out and voting. Bob Walsh has an interesting article on how an Obama presidency could affect Micro ISVs. I strongly agree with him on one point, those who consider healthcare provision as a barrier to entry when starting your own business may now have the opportunity under Obama’s healthcare reform plans and associated tax breaks. This could be good news for start-ups if you’re based in the US.

Shortly after the US election results came out, Microsoft must have thought us Micro ISV start-ups hadn’t had enough excitement for the day and they announced the release of a new partnership scheme for start-ups which provides start-ups with free production licenses of Microsoft software and exposure to other larger Microsoft partners as well as venture capitalists.

All in all, an incredible program and one that I am proud to announce that Evolved Software Studios has joined for Software Monitor 🙂

Thanks go to Bob Walsh and Scott Kane for the heads up on this new programme.

Take a look and let me know what you think. www.evolvedsoftwarestudios.com. Now hosted using a Joomla Content Management System running on IIS. I’m struggling to implement nice SEO friendly URLs although I’m growing to really like Joomla as a CMS. It’s very extensible and straightforward.

I think that about wraps it up for the updates side of things, expect service to be resumed as normal from here on 🙂

Next post: Tech: How to prevent image leeching (hot linking) in IIS 6.0