Every two years the biggest and most internationally attended aerospace event in the world is hosted at our local airfield which exhibits the latest military and civilian aircraft during a week-long trade show. I’m talking of course about the bi-yearly Farnborough Air Show.

As it happens, my house is one of the original airfield buildings built in the “historic quarter” of the airfield in 1918 by German WW1 prisoners of war. I live less than 300 meters from the tarmac pan of the airstrip and am directly underneath the exhibiting aircraft.

Unfortunately this does mean that any work is particularly difficult since the aircraft are unbelievably loud. I’m working mostly in the early morning and late at night in order to keep on top of my workload. Thanks to my Jawbone’s DARPA noise cancelling technology I can still have telephone conversations but it’s difficult to explain to clients why my office sounds like a bad day on the road to Baghdad. If you’ve tried to talk to me over the phone this week here’s what’s going on;

Monday 14th to Friday 18th July are the trade show days. I could have had tickets for these days, but it’s difficult enough to work around the planes to justify an entire day off to procrastinate at the air show! A recent report by the BBC News at Farnborough makes me wonder how good business actually is. Last year exhibitors grossed over 40 billion USD due to this event. I have doubts that the event will be as successful as there are fewer reports of airline orders in the news this year.

Without further ado, here’s some photos I’ve taken of the 2008 air show so far (with some previously unseen 2006 photos). All photographs are taken from my garden (approximately 2 feet from my office window). 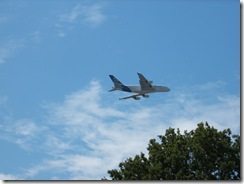 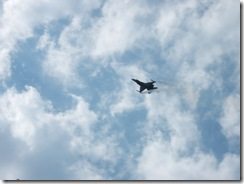 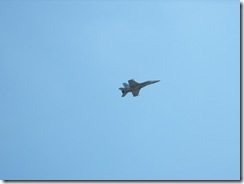 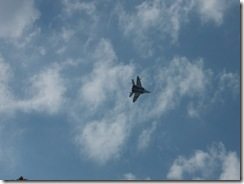 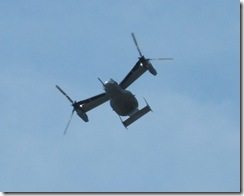 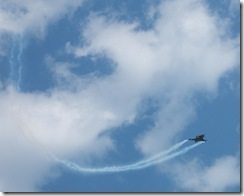 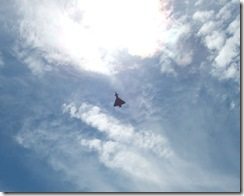 I believe that one cannot claim to be a truly innovative business without adopting new media. I have therefore decided to start a YouTube account to publish videos (“how to” videocasts, webcasts, podcasts, etc) in order to educate our users. You can find the Evolved Software Studios account here: http://www.youtube.com/EvolvedSoftware.

I have uploaded a short little video to YouTube to test the system:

If you’re a “FSX Google Earth Flight Recorder” user, you might find this screenshot amusing. It’s my own attempt to fly a circuit pattern over EGLF (Farnborough). The line is a little off as I didn’t calibrate before flying and I’m using a friend’s Saitek joystick which works but isn’t particularly precise. 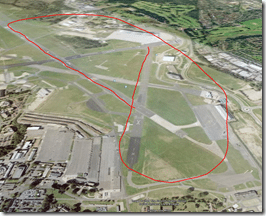 If you are a Microsoft Flight Simulator X enthusiast, please feel free to use the flight recorder. It’s basic but it’s free and there are substantial improvements in the pipeline. FSX SP1 or SP2 is required. Click here to download FSX Google Earth Flight Recorder

Next post: How to get started blogging and creating the ultimate blog